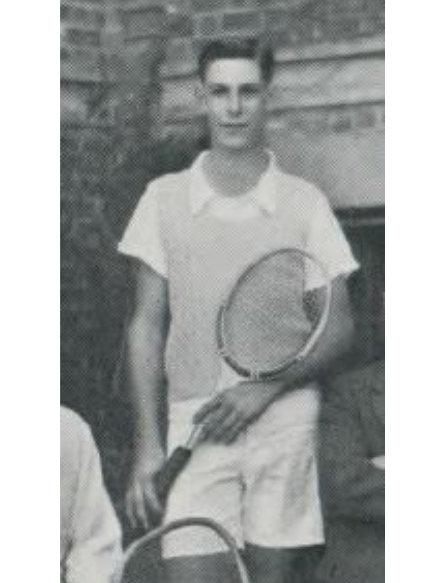 Alan was playing Lacrosse in the School’s Under 16 team when only 13, and in Fourth Form was in the School’s Tennis and Soccer teams, quite an achievement for someone so young.  He went on to Captain the Tennis team in 1937 and was also on the Magazine Committee.

He became a Bank Clerk after leaving school, as well as serving in the Militia 1939-1940 before enlisting in the Royal Australian Navy in August 1941.  After initial training in Victoria, he went to the United Kingdom, where after he various shore appointments (including to H.M.S. Victory) before he saw sea service aboard H.M.S. Duke of York.

Returning to Australia, he served in New Guinea, rising to the rank of  Lieutenant.  After demobilisation in June 1946 he returned to the bank and married Norma Joy Garlick in 1948.