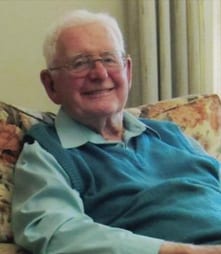 Bart served in World War II with the 2nd AIF serving as a Corporal. Post-war he joined the Commonwealth Public Service in the Repatriation Department and later the Australian Broadcasting Control Board’.

He was involved in many community groups including his local church. A gentle kindly man, he was the older brother of Neville Drohan, former Principal of the school and Bart was proud of Neville’s achievements. His wife Marjorie has predeceased him and he leaves three children, Ruth, Beth and Jon who attended MHS 1977-79.