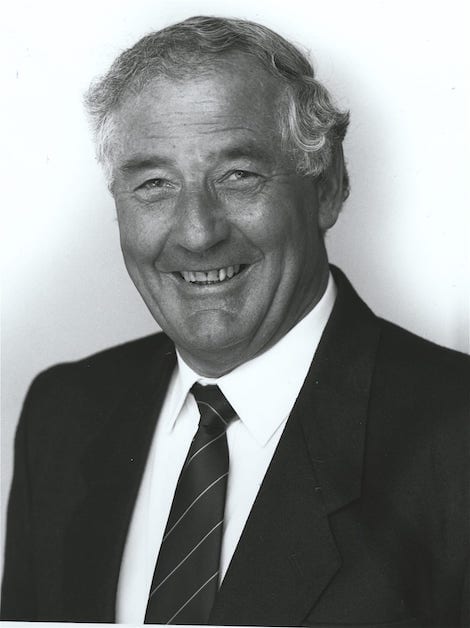 Brian Kann died at 85. He attended MHS from 1948- 1951 and was an outstanding sportsman as well as notable student. He played with the first XVIII football team from 1949, ending up as vice-captain in 1951. He also played in the first cricket team, being captain. He won Speech Night prizes for both cricket and cadets, was a House Captain (Como) and a Prefect. His remarkable school career was followed by an equally successful life.

Brian was an outstanding sportsman, but most well known for his role with the Hawthorn Football Club. He played 57 games with Hawthorn as a defender between 1954 and 1959. He played in the 1957 finals for the club – their first finals appearance. He also captained the Hawthorn reserves 1958-59, to two premierships. He then was Captain coach of Moorabbin.

A dedicated participator, he was not just respected but a much loved figure.