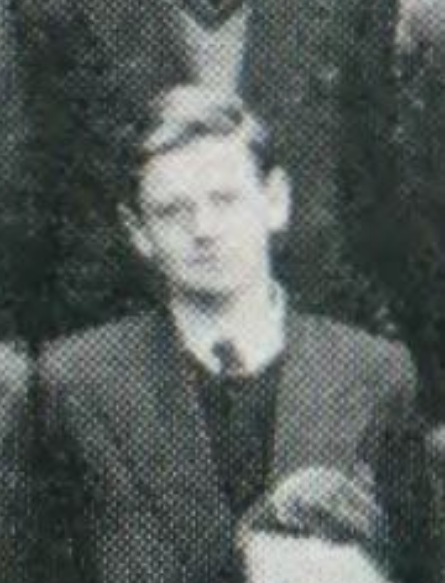 Bruce previously attended the Chislehurst and Sidcup Grammar School in the U.K. before migrating and attend Melbourne High School.  He played Soccer for Como, was active in the History and Social Studies Club.  A noted Rower, he stroked the 1st VI in 1953, winning the Speech Night Prizes for Rowing and Geography.

Despite his reputation as one of its great practitioners, Bruce Page never liked the term “investigative journalist”. To him, there was simply good journalism and bad journalism. His death, at the age of 85, has severed one of the remaining links with the early years of the Sunday Times’s Insight team, which pioneered the detailed unravelling of major scandals – not so much speaking truth to power as pursuing the truth about power and telling the wider public.

During his 12 years on the Sunday Times, he led the teams that (among many other stories) unmasked the full story of how Kim Philby, a KGB agent since the 1930s, had risen to be deputy head of MI6; uncovered the causes of the thalidomide scandal, in which a drug taken to combat morning sickness led to thousands of babies being born with severe deformities; and exposed the causes of the crash of a DC-10 aircraft outside Paris in 1974, killing all 346 people on board – until then, the worst ever aviation disaster.

Page pursued the thalidomide scandal for years. The first stage, though long by journalistic standards – it lasted many months – was the shortest. Page established the chemical reasons for the drug’s impact and demonstrated that its manufacturers knew about its inherent risks. However, the struggle to bring these facts to light took far longer. A series of court cases brought by affected families against Distillers, the British distributors of the drug, made reports of the company’s actions legally hazardous.

With the help of James Evans, the Sunday Times’s highly creative in-house lawyer, Page’s team tackled this challenge by writing stories that divulged as much as they could, and asserted the moral case for action to support the families. They also demonstrated that judges were awarding the families far too little compensation. Faced with these reports, and weekly, heart-rending, features about the difficulties facing individual families, both parliament and Distillers were forced to help the families more. This was achieved despite an injunction, obtained in November 1972 by the Conservative attorney general, Sir Peter Rawlinson, which had prevented the Sunday Times from publishing its main story.

The paper took its case against the injunction to the European court of human rights. Four years later, in 1976, while the court was still ruminating, a different attorney general, Labour’s Sam Silkin, withdrew the injunction. Even after the delays, the story still made a huge impact, dissecting one of the great corporate scandals of its time. The court finally ruled in 1979 that the original injunction had breached the European convention on human rights. It was a landmark victory in the fight for a free press.

Born in London, Bruce was the son of Beatrice (nee Bourne), a seamstress, and Roger Page, a grocer. At an early age he demonstrated his determination to distrust loose claims and to check his facts. One morning he startled Hilary, his sister, by picking up a worm, rinsing it in tap water and chewing a small part of it. When she asked why he did that, he replied that his friends claimed that food they disliked “tasted like worms”; he wanted to see if they were right.

In 1946 the family emigrated to Australia. Dropping out of Melbourne University after a year, Page joined the Melbourne Herald. In 1959 he returned to London. Although not born in Australia, he became associated with a generation of young writers from down under that injected a robust iconoclasm into British journalism; they included Clive James, Murray Sayle and John Pilger. After spells on the Evening Standard and Daily Herald, Page joined the Sunday Times in 1964.

The paper was beginning to emerge from its postwar torpor as a vehicle for establishment thinking. In 1967, Harold Evans became its editor and accelerated the paper’s transformation. He created a questioning environment in which Page flourished; years later, Evans described Page as the paper’s “animating genius”. In 1969, Page married Anne Darnborough who, like him, was born in London but spent her formative years in the southern hemisphere: in her case South Africa. Returning to London in the early 1960s, she joined the Anti-Apartheid Movement and became the founding editor of its monthly paper, Anti-Apartheid News. Page shared her passion for the cause and, as she did, supported the Labour party. In the 70s, parties in their house in Islington brought together fellow (often Australian-born) journalists, South African exiles and local Labour activists – invariably modernisers before the label became familiar in the 1990s.

However, Page never let his political outlook infect his journalism – beyond his basic belief that power should be held to account, and its claims and actions tested against irrefutable evidence.

In 1972, the week after Bloody Sunday in Northern Ireland, two of the paper’s journalists wrote a long feature that blamed Britain’s army plotting the killings as part of a secret plan to eliminate the IRA leadership in Derry. Page, together with his colleague John Barry, went through the evidence and concluded that it did not justify the charge against the army. They persuaded Evans not to publish the article. In the years and inquiries that followed, it became clear that Page and Barry were right.

Another sign of Page’s commitment to firm evidence was that, unlike many journalists, he favoured tough libel laws. In his view, if the facts could not be proved, they should not be published

Page left the Sunday Times in 1976. Two years later he was appointed editor of the New Statesman. It had been losing readers and money for years. Page knew the NS had to change, to provide sharper analysis and fresh information. His changes succeeded – to a degree. Circulation stopped falling and began to rise.

However, the old guard, who preferred the previous loss-making ways, complained that the writing was less elegant than it had been. More seriously, the magazine fell foul of the journalistic law, to misquote CP Scott, that “comment is free but facts are expensive”. The paper’s losses increased.

Finally, the birth of the breakaway Social Democratic party in 1981 divided the New Statesman’s board. Page came under great pressure to stop the magazine being a critical friend of the Labour party and switch its allegiance to the SDP. Despite agreeing with many of the new party’s policies, he believed that the task for progressives was to modernise the Labour party, and that the SDP would delay that happening.

None of these factors – the sniping from the old guard, the finances, the SDP – on their own explain Page’s unhappy departure from the New Statesman in 1982. But together they ended a phase in his career that deserves far more appreciation than he received at the time.

Page subsequently engaged, with mixed results, in various enterprises that applied new technology to journalism. His one major return to the application of truth to power was a detailed analysis of Rupert Murdoch’s career, The Murdoch Archipelago, published in 2003.

Dementia plagued his final years, but did not quell his appetite for argument, or extinguish his memory of the battles he had fought, and mostly won.

He is survived by Anne, his children, Lewis and Flora, and five grandchildren.