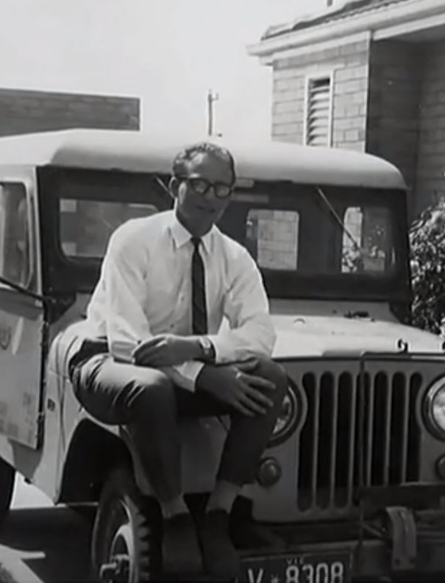 A student from Spring Road, he stayed only for third form, during which he played Cricket and Soccer for Waterloo.  David left to join the S.E.C. with a carpentry apprentice.  He worked on projects building High Voltage transmission lines all over Victoria.  He returned to study at night school to improve his education.  Whilst on one project in the North East, he joined the Y.M.C.A. ski club, starting a lifelong passion with the sport, which included travel to Europe, where he attended the 1964 Grenoble Winter Olympics.

On his return to the SEC, he bought land at Bonnie Doon, designing a house, which he eventually built.  His next project was in Viewbank, this time a family home.  When the S.E.C. was privatised in the early 1990’s, he returned to studies to reskill, joining the O.H.S. Authority.  David travelled extensively around Australia and the world, particularly when his children moved overseas.  He was still skiing at 79 years old, mostly a cross country skier including the back country, rather than downhill.

His funeral is available online at:  https://tobin.5stream.com/webcast/74926