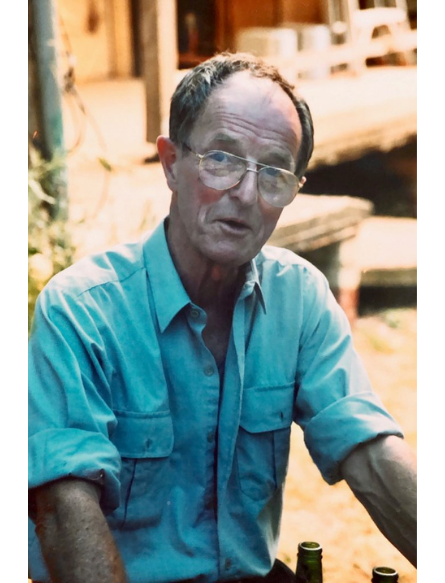 Donn was a quiet man but wouldn’t hesitate to make his views known when necessary.

He was a mechanic extraordinaire when it came to Land Rovers and 4x4s in general. His skills meant that those of us that ventured into remote areas could do so with confidence – there was little help to be had out bush in the early days of remote area travelling, so having a vehicle in first class condition was paramount . I know Donn prepared vehicles for Bill King, later known as AAT Kings, who was a modern-day pioneer of remote area tourism.

Donn and his family also enjoyed four wheel driving and the Fox-Seebach families had many a venture into remote areas of Australia. All the kids would be rounded up into the Land Rovers to head bush to enjoy camp fires and camping. There were times when one family would head off a day or two earlier and messages would be left under a rock at a strategic location so the following family would know where the camp site was located –we had no 2-way radios in those days.

We enjoyed many a night at the Fox household for dinner, and in winter a drink by the open fire, not to mention the frequent games of chess, while the kids played games and often organized a play which would be acted for the enjoyment of all.