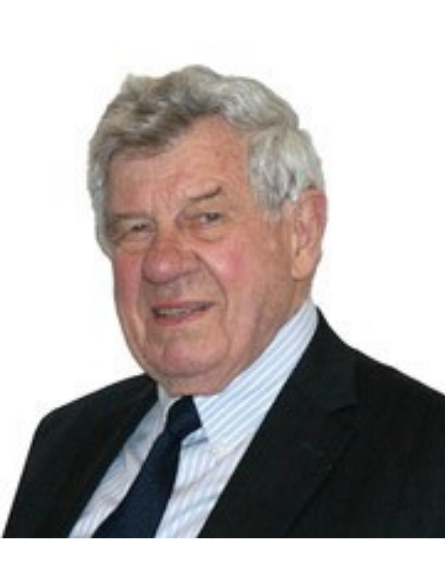 John attended Melbourne High School where, in the final year, he gained the Exhibition in Biology, first class honours in Physics and Chemistry and a Senior State Government Scholarship in addition to a Commonwealth Scholarship to attend the University of Melbourne where he graduated MBBS in 1957. He  gained an Exhibition in Physiology and Biochemistry and achieved honours in most subjects. John became a Fellow of the Royal Australasian College of Surgeons in early 1962.

John’s general surgery training at the Royal Melbourne Hospital commenced under Weary Dunlop and his Plastic Surgery and Hand Surgery training commenced under Sir Benjamin Rank. He gained a scholarship from the Royal Australasian College of Surgeons to work on wound healing at the Royal College of Surgeons of England as the Edward Lumley Surgical Research Fellow, during which time he lived with his wife Norma and young children on the grounds of Charles Darwin’s property in Kent.

He was a Mark’s Fellow at the renowned Plastic Surgery Unit at East Grinstead where McIndoe had developed split skin grafting to treat pilots burned in the Battle of Britain. John trained at the Hospital’s leading burns unit following which he returned to Melbourne as a ship’s doctor on the Fair Sky.

John was President of the Australian Association of Surgeons (AAS) for several years, Vice President of AMA Victoria, several times a Surgeons’ Representative to the AMA National Conference, President of the Australian Hand Surgery Society and Surgeon in Charge of the Plastic Surgery unit of The Austin Hospital and then of the Box Hill Hospital. At the Austin Hospital John performed innovative tendon transfer procedures for quadriplegic arms and skin repairs for paraplegics.

While chairman of the Victorian AAS, John encouraged the establishment of Medical Panels for Victorian Worker’s Compensation and campaigned to prevent the introduction of USA style managed care in Australia at the time of Columbia HCA’s intended part purchase of Epworth Hospital.

John was active in the World Health Organisation and worked and taught surgery in West Africa treating the severe “flesh eating” Micobacterium Ulcerans infection. John was the first surgeon to fully appreciate the curative role of antibiotic treatment of the disease and combined this treatment with surgical procedures to achieve significantly improved outcomes. He continued this work in Melbourne where the disease is again active at the present time.

John was actively involved in teaching plastic surgery in Melbourne where he maintained busy public and private surgical practices and in recent years, he worked as a consultant providing medico-legal reports for WorkSafe and private legal companies. In 2019 John was awarded the Bruce Shepherd Medal for outstanding contribution to independent medicine.

John is survived by his wife Norma, their 3 sons and six grandchildren.