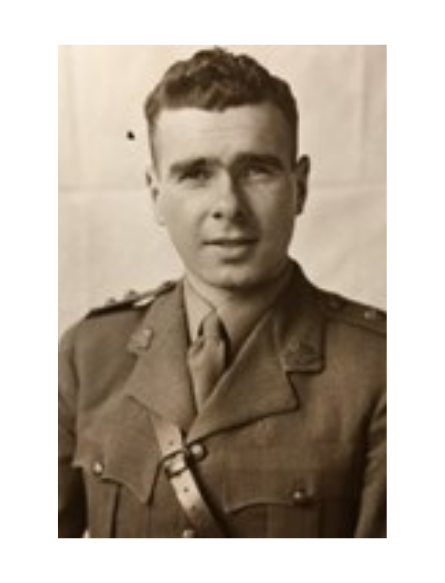 Francis William Paine, known as Frank, gave much to many, earning the respect of all he met and the deep love and affection of his family. Professionally, he worked in several industries including manufacturing, theatre, newspapers and charity, contributing to their growth under challenging economic conditions and always assisting people he met along the way. Beneath his able and conscientious managerial talents were a keen intellect and sensibility that viewed the world from a unique and expansive perspective.

Born in Melbourne in 1922, his parents lived through one of the toughest periods in Australian history, enduring both world wars and the Great Depression. In 1918, his father William, a driver of a horse team in 2nd Brigade of Field Artillery, had been wounded and lost the use of his right arm in the battlefields of the Somme.

These experiences shaped Frank’s understanding that life could not be taken for granted, that happiness derived from work, consideration of others and the simplest of pleasures – family, companionship, physical activity, a windy sea. His maternal grandmother, Eliza Peach, had raised two daughters on her own and his highly capable mother, Lilian, instilled in him both a sense of ambition and an extraordinary self-discipline, while his father provided a cheeriness and tolerance that stayed with him throughout his life. Despite the austerity of the times, Frank made the most of church social groups, local tennis clubs and elocution competitions.

Frank joined the army in 1941 in the 2nd Survey Regiment, which was sent to Western Australia in 1942, followed by an officer-training course in 1943. Only in June 1945 was he sent as lieutenant to New Britain, first to Rabaul and then to Vunabal “a mosquito-ridden place in the middle of the Gazelle Peninsula”, where he took charge of a camp for about 10,000 Japanese waiting to be shipped back home.

Characteristically, he won the respect of the Japanese, including the camp commandant who presented him with a watch. In Rabaul, he combined routine duties as an officer with examinations that admitted him to the Secretaries Institute in 1946 and his first taste of yachting with the captain of 13 Field Company. By this time, he found he was regarded as an engineer, at one stage placed in charge of a dozen engineers with the task of rebuilding the jetty at Kabakaul on the north coast.

While on leave in 1944, Frank had met Jean Margaret Membrey at St Kilda’s St Moritz ice skating rink. A few months later, three days before her 18th birthday, they became engaged and on his return from the war, they were married in Northcote in 1947. Thus began a loving partnership of 73 years, characterised by a sense of fun and adventure as much as steadfast mutual support. Jean provided a lively and sensitive counterpart to Frank’s steady, thoughtful reserve. Having qualified as an accountant through correspondence and appointed construction accountant at Australian Paper Manufacturers, Frank was transferred to Traralgon in 1948, a period he and Jean regarded as idyllic and where their two children, Lindsay and Vivien, were born in the town’s primitive little hospital Cumnock.

Returning to Melbourne in 1954, he became company secretary at textile company Prestige Ltd, and in this role lobbied the government on tariffs and industry protection, and on the textile aspects of the Australian-New Zealand trade agreement, dealt with the stock exchange and the expansion of the company when Prestige acquired Holeproof Limited in 1963. Yet, within a few years of Prestige being taken over by Dunlop Australia Limited in 1968, the future became uncertain and in 1971 he joined the legendary theatrical company JC Williamsons as general manager.

His role included managing theatre properties and investments, but, as director and secretary of Williamson-Edgley Theatres Ltd, he kept a close eye on the stage shows, where the money was made or lost. His activities were wildly varied, including the committee to rebuild Her Majesty’s in Sydney, the installation of licensed bars at the Comedy and Her Majesty’s and regular visits to the Rockbank animal park as director of Bullens African Lion Safari Pty Ltd. With his natural inclination for the theatre, he was actively involved with the performers, directors and stage managers, and once took Leonard Bernstein and his son sailing on Sydney Harbour.

After the winding up of JCWs in 1980, he joined John Foster Valley Ltd, and found himself once again part of a struggling Australian textile industry and, despite making profits, a takeover offer closed the business in 1983. From there he took up a position at the Herald & Weekly Times Ltd, and lastly became executive director at the Lord Mayor’s Charitable Fund, introducing computers and growing its philanthropic outreach with countless involvements and presentations to charities and causes. Although offered continuing work Frank retired in 2003, aged 81. Nonetheless, in an honorary capacity he continued to manage charities including the Society to Assist Persons of Education and to act as treasurer of the Victorian Blinded Soldiers Welfare Trust.

Frank’s love of the sea and of sailing reflected his strong and fearless connection with the physical world. With Jean at his side, he was immersed in the sailing community and served as commodore of the Blairgowrie Yacht Squadron 1991-93, introducing social membership and a liquor licence to the club. His other passion was education which expressed itself in his profound literary and artistic interests and his assiduous guidance and practical support of his two children, Lindsay and Vivien, and four grandchildren, Sylvie, Sophie, Olivia and Charlotte, through every stage and aspect of their dawning curiosities, talents and careers.

Marching on every Anzac Day, Frank was spotted by the TV cameramen at age 96, elegantly dressed as ever, and interviewed as he strode along at a pace, unassisted from start to finish. The next year, he rode in a chauffeured white mustang and waved with wry amusement to the crowd, while his last Anzac Day was under COVID, when a poignantly lit candle on a house gate had to suffice as a reminder of the role he considered among the most important, a paradigm for the values of selfless humility, tough practicality and loyalty that had informed his life from the beginning.

But the greatest achievement and transforming experience of his life was the love that he found with Jean, and he was devastated when she died in 2019. From early romantic exuberance to abiding mutual kindness during the assaults on their health in later years, especially Jean’s long battle, they worked together to stay alive for each other. For this, his children, grandchildren and great grandchildren remain grateful because it was through this marriage that he created the world of unassailable stability, good humour and generosity in which they all flourished.

Frank Paine relished life but achieved a rare balance, perhaps found only in his generation, of joining pleasure and happiness with the utmost integrity and a rare nobility of spirit.