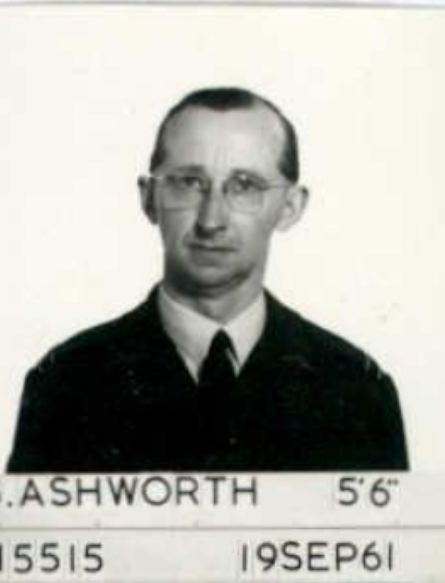 School Vice-Captain, Prefect, SRC Secretary, 1st XI, 1st XVIII, House Captain (Como), Bruce received Matric Honours in Chemistry and a Commonwealth Scholarship.  He studied Law and was a lawyer with his own practice for many years.

After leaving MHS he worked at Allan’s Music Warehouse as a Junior Clerk, 1940-1941 and then Bridgford Sons and Co (Shipping Agents) 1941-1942, before answering the call to the Ministry.  He attended the Baptist College of Victoria 1946-1949, being ordained in 1949.  He married Allison Ruth Farnes the following year.

He attended the Melbourne College of Divinity (Queen’s College) 1954-1956 and was Pastor at Blackburn Baptist Church until 1961, during which time he was also Australian Army Chaplain 1955-1961 (part time).  He was then appointed a Chaplain with the R.a.A.F. and after time at R.A.A.F. Laverton, he was posted to R.A.A.F. East Sale.  On arrival at R.A.A.F. East Sale, the Commander Officer of the Base, Group Captain Henderson, on discovering that George was a non-smoker and a teetotaller, expressed the view that he would never get on.  Four days later, over a Lemon Squash, the Group Captain admitted that George knew the men on base better than he did.

Eleven months later, the R.A.A.F. Acrobatics Team, The Red Sails, consisting of four sabre jet aircraft based at East Sale, had flown into the ground during practice for the upcoming Open Day.  All four pilots and two passengers were killed, described as being the best pilots in the R.A.A.F.  As Chaplain, George accompanied the C.O. in visiting their wife’s, to inform them of their husband’s deaths.  Then over the following days he conducted, or assisted with, their funerals, and continuing to support the widows and their families.  In thanks for their work, George and Group Captain Henderson were guests of Honour at a dinner given by Air Vice-Marshal of personnel.

Group Captain Henderson was posted to Darwin, and on finding that his Chaplain was finishing his posting, secured George’s appointment to Darwin, even though he and George had not always seen eye-to-eye.  Henderson also appointed George Housing Officer, when a shortage in Darwin of suitable made this a demanding job.  It also meant George met all the staff and families being posted to Darwin.  One extra job was to brief the Air Minister, Peter Howson, when he visited.  As a result of his briefing, Peter Howson ordered 90 new married quarters be built in Darwin.  His workload increased with the establishment of R.A.A.F. Base Tindal at Katherine, requiring a 220 mile commute, and with many of the men based in Katherine, and only returning to their families in Darwin on weekends, marital problems increased.

During his time in Darwin he was noted as having a highly developed sympathy for, and responsibility towards all those in need or trouble, with unquestioned sincerity and integrity in his work and improved attendance at chapel.

In December 1965 he arrived in Ubon, Thailand, where a squadron of R.A.A.F. Sabres was based during the Vietnam War.  The Chapel building was still flat packed in storage, and facilities were rather limited.  An early problem was that of V.D., the men having a significant amount of down time. The C.O. decided to close the camp and require all personnel to attend a medical film and talk from the Chaplain.  V.D. was an endemic issue in the armed services in all wars, and moral talks about abstinence were never a popular item, nor on past experience, successful.  George though managed to connect with the men and lower the V.D. rate.  He also spent time at Vung Tau and the main logistics base in Vietnam for the Australians.   His time in Vietnam was cut short due to ill health and he was evacuated to Butterworth for hospitalisation.

After his commission finished in 1966 he joined the R.A.A.F. reserve, and returned to civilian life.  After a time at Oak Park, he settled in Torquay where he was involved in the community, resulting in his receiving the Medal of the Order of Australia on Australia Day in 2006.  He would travel every year to Melbourne for the R.A.A.F. Vietnam Veterans service at the Shrine, until in 2017 his advancing age and poor health prevented him, though he still wrote the speech to be given.

George earned the respect of many, summed up well by Group Captain Robey who recommended that his commission be extended in 1965 as:

I have found him (Padre Ashworth) to be a big asset in his line. He is that somewhat, rare creature – a practising Christian.  He is well accepted by all here and in a quiet way helps many people.  Though not of his Church, I regard him highly.