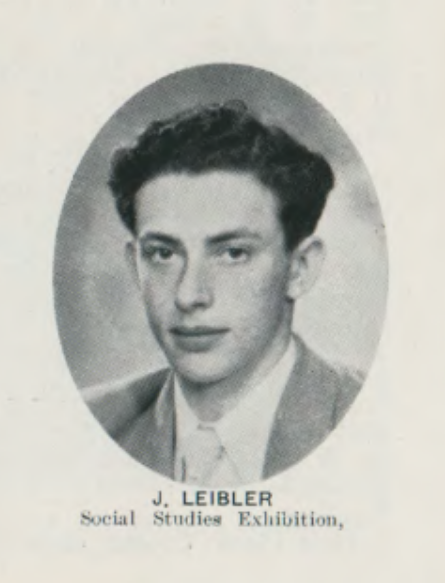 A giant in his generation: a tribute to Isi Leibler from his biographer Suzanne Rutland

The passing of Isi Leibler, a giant in his generation, leaves a significant gap in the Jewish world.

I have just returned from his funeral in Jerusalem where Rabbi Shlomo Riskin paid tribute to his life and legacy. He described Isi as an ‘exemplary Jewish leader’ whose impact on the world scene was highly significant.

Isi was born in Antwerp in 1934. His father Abraham (Roman) Leibler had moved with his parents from a small shtetl in Poland to Antwerp in the period and the family went into the diamond business. Due to the foresight of his mother, Rachel, the family found a safe haven on Australian shores in 1939. There were commonalities in our family stories, as mine parallels his.

Isi’s experiences as a ‘reffo’ Jewish schoolboy growing up in Melbourne, combined with his parents’ deep involvement in Mizrachi religious Zionism, was to shape his life’s endeavours. I too felt the impact of having ‘refugee’ background, even though my late mother always insisted they were not refugees. My older brother suffered from the name ‘Marcel’, quickly changed to Max. Yet, the only reason why my parents left Antwerp and a most successful diamond business was because of Hitler. This common background, with the passing of our fathers in the 1950s, helped me to understand Isi’s family story.

After completing his Honours year in political science at the University of Melbourne, Isi went to Israel to study Hebrew with the aim of becoming an Israeli diplomat, but that was not to be. In 1957 his father died and his mother, Rachel, insisted that he not return home for his father’s funeral but that he had to go straight to Antwerp to learn the diamond trade.

As his children stressed during the funeral, that was the turning point in his life. He returned to Melbourne, worked to rebuild his father’s business and in 1958 married Naomi Porush, who became his life partner for 62 years.

Then, in 1965, he went into the travel business to help Holocaust survivor, Bono Wiener, and within a couple of years, he had built the business from a small, one-man, suburban office into a major company with its office in the city. The foundations of what became Jetset were laid through Isi’s vision and understanding of the need for group travel, maximising opportunities to assist the ‘New Australians’, the Greeks, Italians and British, to visit ‘home’.

However, Isi’s business career was only a stepping-stone to enable him to follow his real passion – to work for the people of Israel and the Jewish world. There are so many facets to his life that in this short piece I can only touch on a few aspects. One of his major involvements was the campaign for Soviet Jewry which started already in the late 1950s and to which he was to dedicate three decades of his life.

Isi was a fighter all his life – from his response to antisemitism in his government high school, through to his battles with Qantas, to what might be called one of the great battles of his life with the World Jewish Congress. Isi was never afraid to stand up for what he believed in.

In 1966, he stood up to Dr Nahum Goldmann, as Isi described him ‘the King of the Jews’ in Brussels, accusing Goldmann of stadlanus, because he was advocating secret diplomacy with the Soviets rather than public demonstrations against their persecution of Jews. Here was this young 32-year-old upstate from Downunder – what I call the Edge of the Diaspora – standing up and attacking the most senior leader of the Jewish Diaspora.

Isi’s ability to build close friendships with key figures – and that particularly applied to both Bob Hawke of the Labor Party and Malcolm Fraser of the Liberal Party – was important with all his activities. He played a key role in Asia with both China and India recognising Israel in 1992.

Central to his Asian success was the support he gained from the Australian Foreign Minister, Gareth Evans, who instructed the Australian ambassadors to provide access to Isi with every Asian country he was trying to influence, both in terms of supporting the recission of UNGA Resolution 3379, Zionism = Racism and also either in recognising Israel, as with China and India, or strengthening ties with Israel, as with Japan.

Isi continued to fight for justice and human rights, whether it was to free Soviet Jews so that they could live a Jewish life in Israel, or against corruption in high places. At the same time, his commitment to Israel was total. As Rabbi Riskin said at his funeral, despite his key leadership positions and status in Australia, he left there ‘without batting an eyelash’ because he believed that ‘the future of the Jewish people lay in the State of Israel’.

At the funeral, both Rabbi Riskin and all his four children who spoke – Tamara, Romy, Gary and Jonathan – stressed that his family was the centrepiece of Isi’s life. All his children made Aliyah and in the final years of his life he was surrounded by his loving family – with 17 grandchildren who loved their ‘papa’, and more and more great grandchildren.

In his hesped, Rabbi Riskin said that Isi was a true Jewish leader ‘not only because of his battles but also because of his magnificent private library. He knew immediately where every book was. He not only collected the Jewish books; he studied them’.

It was his love of books and his amazing documentary collection that I was given access to twenty years ago. I call this a treasure trove for a historian which has enabled me to be enthralled and to learn so much. When he was in Jerusalem in 1957, after completing Honours in Political Science at the University of Melbourne, Isi wrote to his parents that he would begin salivating from excitement whenever he passed a bookshop. Then he had to check what he could spend with his parents, but later with his business success, he could buy whatever he wanted and until the last days, he was still asking for books to be ordered.  I have been the beneficiary of Isi’s passion for the written word!

Working in his archive and private library since 2000, I have been extremely privileged, and I feel so honoured and moved that I was able to write his biography, Lone Voice: the wars of Isi Leibler. My goal was to chart his life’s journey and his rich and manifold contributions to so many aspects of Jewish life. I have tried to ensure that his legacy will not be forgotten.

This obituary was written by Suzanne D. Rutland, OAM, Professor Emerita and published on J-Wire, https://www.jwire.com.au/a-giant-in-his-generation-a-tribute-to-isi-leibler-from-his-biographer-suzanne-rutland/