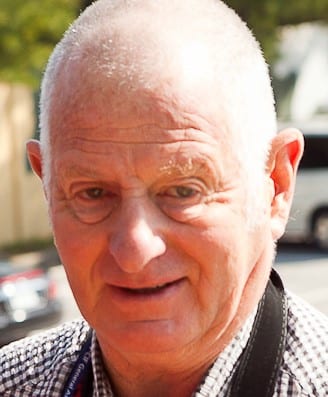 Jim from Williamstown High School attended MHS from1953-1956. He made a major contribution to the school as a rower. An outstanding rower he was in many school crews starting from Form 3, and then stroked the 1st VIII. He won a Speech Night prize for rowing.  Jim did well academically gaining Honours in Physics his Matriculation year and a Commonwealth Scholarship. He then did Engineering at the University of Melbourne.

He had a distinguished career in engineering – at Swinburne University where he was Head of the Department of Manufacturing, and Deputy Dean of the Faculty of Engineering. He had a major role in matters concerning the engineering profession as Chair of the Advisory Panel for Engineering Qualifications, as a member of the Accreditation Board of Engineers Australia, and he was Hon Secretary of the Australian Council of the Institution of Production Engineers. He was Chair of the National Committee for Manufacturing Industrial and Production Engineering, he also had an involvement with TAFE.

Active in community affairs, Legacy, the Gardenvale State School Jim was also a Director of the Royal Melbourne Yacht Squadron, and supporter of the Care for Children Foundation.  Jim was helpful to the school both with his rowing expertise, he was a prominent rowing coach, and also through the GM&B Foundation serving on its Education sub-committee.  In 2016 he was honoured with an Order of Australia Medal for his services to engineering and the community. He leaves his wife Jennie and four children. A lovely man and a great contributor.