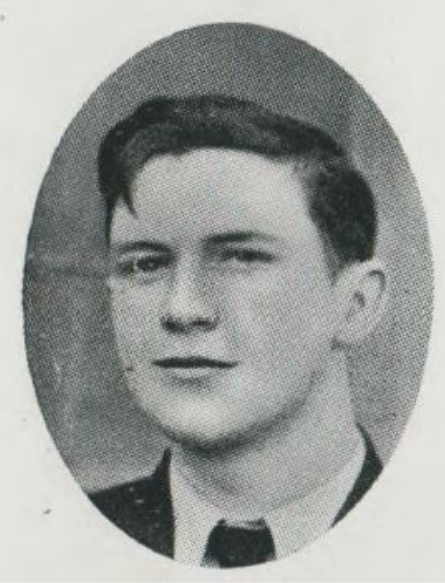 “Poetry has many different aspects. It is not just language – it is psychology, philosophy, history.”

James who died in Paris had a lifeline passion for France and its literature, which began when he was an active member of the MHS French Club.  He wrote his own poetry which was published in The Unicorn (he was also on the editorial committee), was Editor of The Sentinel in 1947, School Vice-Captain and Prefect.  Academically brilliant even by MHS standards, with Matriculation Honours in each of his subject (both English subjects, three languages and Modern History), he won the Italian Exhibition, a General Exhibition, a Senior Scholarship and a Residential Scholarship to Queens College.  After completing his Bachelor and then Masters of Arts, he taught briefly with the Victorian Education Department before undertaking his Doctorate the Sorbonne in Paris.

He was then appointed lecturer in French at the University of Queensland 1955 to 1956, before returning to Melbourne University (1957-1963) as senior lecturer in the Department of French.  In 1963 aged just 33 he was appointed foundation Professor of French Studies at the University of Western Australia. He proceeded to restructure the French department, introducing new courses in French civilisation and history to accompany the traditional offerings in French language and literature and he founded Essays in French Literature, a “top ranking” academic journal that still exists and is now known as Essays in French Literature and Culture.  In 1969 he became a foundation member of the Australian Academy of the Humanities.

In 1971 the New World called, where he was appointed to a succession of chairs of French: UCLA, Dalhousie University Nova Scotia 1974-79 (where he founded the journal Dalhousie French Studies) and then the University of Chicago (1979) where he became the Edward Carson Waller Distinguished Service Professor in Romance Languages and Literatures and also a visiting professor at the Collège de France and an invited professor in Tokyo (teaching classes in the Master of Arts Program in the Humanities in Japan).

Retiring in 1997, James and his wife Christiane (nee Labossière) moved to Paris where he remained active in his literary life and studies and served as the president of both the Association Internationale des Etudes Françaises and of the Association des Amis de Rimbaud.