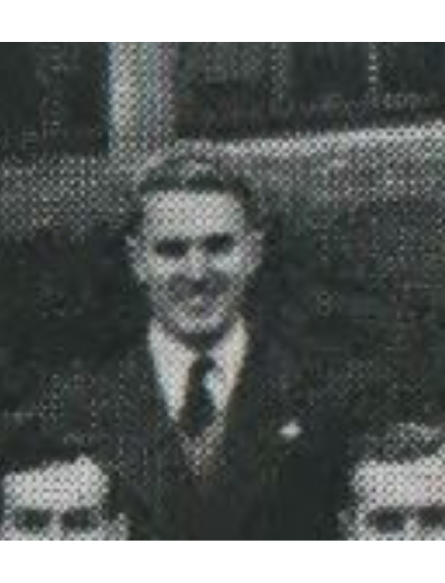 John was an Ex-Serviceman, having served in the R.A.A.F. 5 Service Flying Training School as a Sergeant.

Tribute to John Howard Barclay, AM

Howard Barclay – missionary, leader, encourager, pray-er and family man – faithfully and graciously served with his wife Betty the people of India, Nepal, Afghanistan, Mongolia, Australia and New Zealand during a lifetime commitment to the gospel of Jesus Christ.

On Sunday 10 February 2019, an Interserve statesman and a great man of God finished his earthly work and passed into the presence of the God he loved and served. Howard Barclay – missionary, leader, encourager, pray-er and family man – faithfully and graciously served with his wife Betty the people of India, Nepal, Afghanistan, Mongolia, Australia and New Zealand during a lifetime commitment to the gospel of Jesus Christ.

Howard grew up with a family heritage of prayer and concern for Nepal. His father co-founded the Palmer Street Mission, which had a focus on prayer for Nepal from the outset and his mother prayed for Nepal for nearly 80 years until she died at the age of 97. He attended Melbourne Bible Institute (now Melbourne School of Theology) and went on to attain a diploma in teaching.

In December 1950, Howard met Betty Cane, who was about to leave for India in February 1951. Following Betty to north India in January 1952, he brought with him an engagement ring, which was presented at the first opportunity – waiting for their tickets at Lucknow Railway Station. According to mission regulations, single missionaries could not get married until they had passed their first year Hindi exam, so Howard married Betty the day after, in Motihari, near the Nepal border. This began a loving and supportive partnership of 64+ years which included four children: John, Ruth and Heather, born in India, and Margie, born in the hills of Nepal.

The move from their base on the Indian border into Nepal in 1960 entailed a five-day trek with the family from Kathmandu to the remote village of Amp Pipal. Howard was the Project Director of a United Mission to Nepal (UMN) effort to open schools to help address Nepal’s literacy rate of about 2%. Howard trained teachers and spent much of his time trekking to schools around the district, providing teaching resources and supporting fledgling teachers. Within five years, he had established nine primary schools including the nationally–renowned Luitel High School and founding the prestigious Gandaki Boarding School.

Howard held many walking records! A two-day, 98km trek from Pokhara to Amp Pipal with Bishop John Reid in the monsoon of 1966 involved crossing flooded rivers, climbing steep ridges and surviving on sardines, biscuits and chai. John Reid said of these arduous journeys, “They were great experiences, because ultimately when you got to the Barclays’ home, that was like this eagle’s nest on the ridge of the mountain, there you saw two people pouring out their lives for the boys and girls, men and women of Nepal and seeking to show them the way of Jesus – it was worth doing.”

Howard and Betty at Jumla

In 1972, Howard became Interserve Director for Australia and New Zealand, serving in that role for seven years. He was a convincing preacher and speaker, spending time in churches, universities and professional groups every week. He listened and he encouraged many to deeper commitment to Jesus and to serve Him full-time – where appropriate, cross-culturally.

In 1980, Howard and Betty returned to Nepal, serving as Personnel Counsellors in UMN before Howard was appointed the Executive Director in 1984. At this time, UMN was involved in healthcare, education, rural and industrial development. UMN was a complex organisation with over 400 expatriate mission personnel, and employing more than 2500 Nepalis. He had a wonderful relationship with the Nepali church leaders whom he mentored and encouraged. Howard had a role in seeing the church grow from just a handful of believers to many thousands in his lifetime.

Howard and Betty returned to Melbourne in 1990 and served in post-retirement interim executive roles in Kabul, Kathmandu and Mongolia. He received a Member of the Order of Australia (AM) award from the Australian Government in June 1994 for “service to international relations in the Asian region, particularly through the provision of humanitarian aid to Nepal”. Betty passed away in October 2017.

Howard inspired, mentored and encouraged countless Partners and remained a key member of Interserve’s prayer community right to the end. God has deeply blessed Interserve through his work and we mourn the loss to his family and our fellowship.

Howard (John Howard) Barclay went to be with the Lord on Sunday, February 10th, 2019, at home, surrounded by the family he adored, and who adored him. He was 93 years old.

Howard graduated from MBI in 1946. He served on the Board of BCV and MST in the seventies and in the nineties until his retirement. Howard was made a Life Member in recognition of his service to the Board and College. He was a faithful member of the Prayer Fellowship until November 2018 and prayed for MST up to his death.

Howard’s parents were part of the Palmer Street Mission in Fitzroy and commenced praying for Nepal in 1911. They established the Australia Nepalese Mission in 1917. Founding missionaries were John and Lillian Coombe who served for 25 years on the Indo-Nepal border but never able to enter Nepal. Howard joined the Regions Beyond Missionary Union and followed Betty Cane to Northern India where they married in 1953. They moved to Nepal in 1960 and were some of the earliest workers with the United Mission to Nepal, formed in 1954 when Nepal’s borders opened to the world.

When their son John was at school in South India, Howard and Betty (who was pregnant with Margie) walked for five days over rugged mountains, from Kathmandu to Amp Pipal, with two small children, Ruth and Heather. Howard established several schools in the Gorkha District and Betty nursed in the clinic that later became Amp Pipal Hospital.Members of the 2016 Prayer Fellowship at MST

Howard is remembered around the world as UMN Education Secretary, Personnel Counsellor (with Betty), then Director of the United Mission to Nepal (1984-90). He was respected and loved for his wise and godly leadership, encouragement of national Church leaders, love for his staff and the Nepali people and his selfless, effective service.

He had the reputation of being the fastest expatriate trekker in the country, for speaking Nepali like a local and for loving to ride his motorbike as fast as possible! In the Queen’s Birthday honours, 1994, Howard was awarded a Member of the Order of Australia for his ministry to the developing world, especially Nepal.

Howard was National Director for Bible and Medical Missionary Fellowship (BMMF) Australia, now Interserve, from 1972-1980. During this time, Partner numbers rose from ten to 40. For part of the time, he was also Director for New Zealand. He sat on the Boards of Missions Interlink and the Evangelical Alliance, and on the Council of Reference of several organisations. He was always actively involved in his Church and frequently preached in churches throughout the country.

After retirement, Howard and Betty continued to be remarkably active. They returned to Nepal for a time. Later spending ten months in war torn Afghanistan where Howard was Interim Director of the International Assistance Mission. Family tell of his vehicle being highjacked and Howard refusing to hand over his briefcase, even as rockets hit their roof and door frame. Again, filling a need, Howard spent six months as Personnel Director of Joint Christian Services in Mongolia’s winter, back in Australia he served for a time as Interim Director of Mobile Mission Maintenance.

Howard will be remembered for who he was, as much as for his gifts, skills and achievements. He trusted Jesus at nine years of age and served him wholeheartedly all of his life. His son, John, said: “No-one else I have ever known has so wonderfully reflected God’s love or exemplified what it is to be a follower of Jesus”. The joy of Howard’s commitment and service for Jesus was contagious; as well he was a wise missionary statesman, capable preacher and teacher. Howard was at ease as a natural leader; his rapport with people was immediate, caring deeply for others and desiring only that they reach their full potential. Blessed with abounding energy, enthusiasm, positivity and courage; he was an accomplished musician; his ready wit and sense of fun were never far from the surface.

Members of the Prayer Fellowship, and others, will never forget the love, reverence and gratitude with which Howard prayed, or his keen insight as he made requests of God. His prayers took others to the foot of the Throne.

In recent years, Howard lived positively and actively with dementia, even continuing to serve, speak and encourage in a remarkable way. Our brother in the Lord never lost his smile, sense of fun or keen wit. Howard could even thank God with a full heart for his old age! A fall last Christmas saw him in hospital where it was discovered that cancer had returned. He declined slowly and then, in the last couple of weeks, became very frail.

He was joy-filled and positive to the end – ready and eager for heaven. Hundreds joined together on Tuesday 19th February to give thanks for Howard’s truly amazing life: the life of a great but humble man in whom the life of God was ever evident