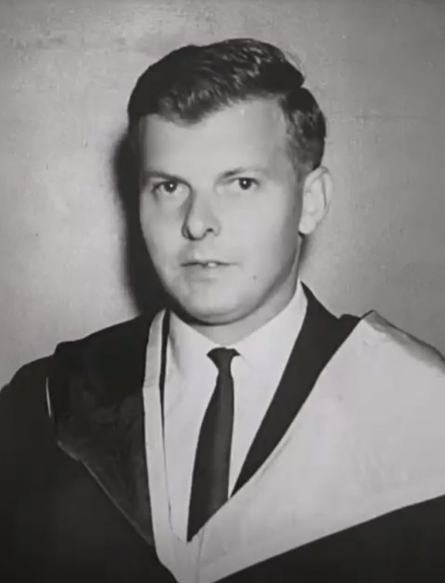 John joined the cadets, rising to Corporal and played Tennis for Yarra and Baseball for the School, a sport he continued to play until he was 45.  A Bluey Truscott Scholarship winner in 1956, he completed Matric with Honours in Geography, Economics and Accounting, with a Commonwealth Scholarship to University, where he studied Commerce.  He worked as an office boy at W.D. & H.O. Wills, his boss encouraged him to take up his scholarship so he studied part time, his employer paying for his text books.  After a short stint in an engineering firm, he joined A.P.M., which he stayed with for the rest of his career.   He married Libby in 1964, they had met at a Church dance when she was 16, but delayed marriage until he had graduated.  John continued his studies, this time taxation, and came first in the state.

Active in his children’s school’s whether as treasurer at the primary school in Glen Waverley, and on the father’s committee at Haileybury.  After retiring, John and Libby travelled extensively overseas to 75 countries.

His funeral is available online at:  https://bit.ly/3pad1ru