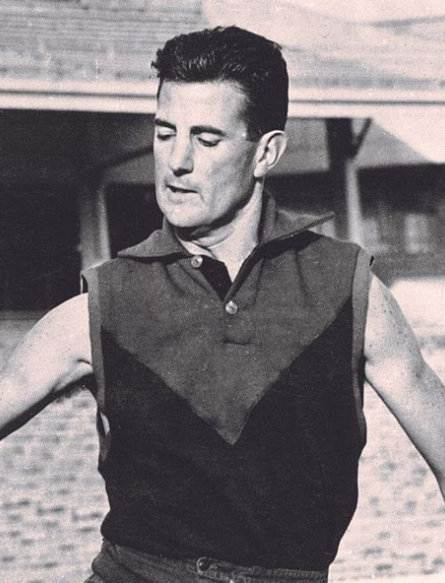 Laurie Mithen was a notable footballer with the Melbourne Football Club playing in five Premierships, and also a teacher at MHS who was a popular and respected figure. He taught  French, History, Maths, English and Science.

Initially he trained as a primary teacher attending the Melbourne Teachers’ College 1952-1956.

He started off his teaching career at the Huntingdale State School and Lloyd Street Central School 1957-1959. Appointed to Elwood Central School January 1960, instead he was transferred to MHS.  He married TV personality Wendy Marshall in 1959 and taught in Western Australia, where he was appointed coach of Claremont.  He then taught in Canada.

A tribute to Laurie from the Melbourne Football Club can be viewed here.