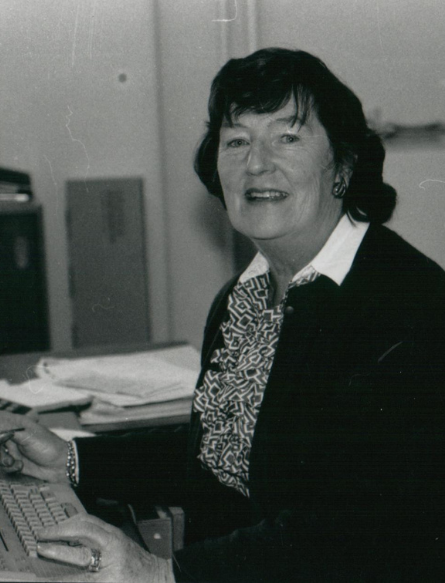 A parent member of the Advisory Council from 1971 to 1979, Margaret was a School Councillor from 1980 to 1983. A member of the Parents and Friends Association from 1971 to 1977, this included time as Senior Lady Vice President (1972-1974) and Secretary (1976).  She was School Typist and Secretary from 1975.  As Secretary she ran the reception and the switch board, provided typing, liaised between groups and at times ran the general office, which combined with her boundless knowledge of the school and its community, became a pivotal role.  Not even the deluge of 1985 upset the routine, as she moved the office into the Deputy Principal’s office.  She retired in 1996 and received the honour of presenting the General Awards at Speech Night that year.  For many years she presented the Lawn Bowls Speech Night Prize, a sport Bruce played.

Active at many school and Old Boys’ functions, she was made a Patron of the School.

A celebration of Margaret’s life will take place on Tuesday 15 March at 10:30am.  All are welcome – for full details, click here