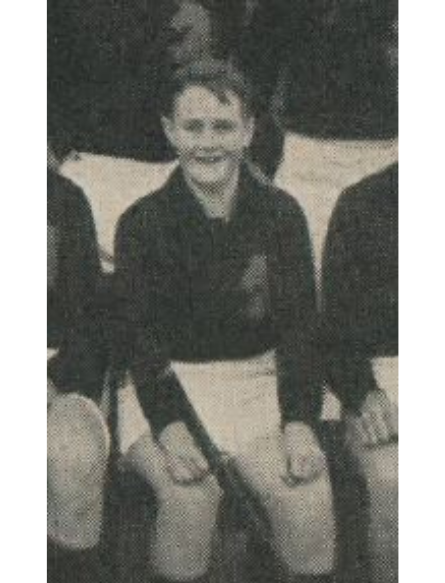 He joined the cadets, despite his diminutive stature and was a keen hockey player, for Forrest, the Under 16 School team and then the Senior School Team in 1947 and 1948.  He was active in Dramatics Club and House Dramatics (of which Neville Drohan was President), performing Mrs. Beauwhistle in the Miracle Maker in the Breen Memorial Competition in 1947 and the following year he played William Goodman in Man of Ideas.  He was a Senior Librarian during his Honours Matriculation year, being awarded Honours in Chemistry.  He became a Pharmacist and married Margaret Joan Wait in 1959.