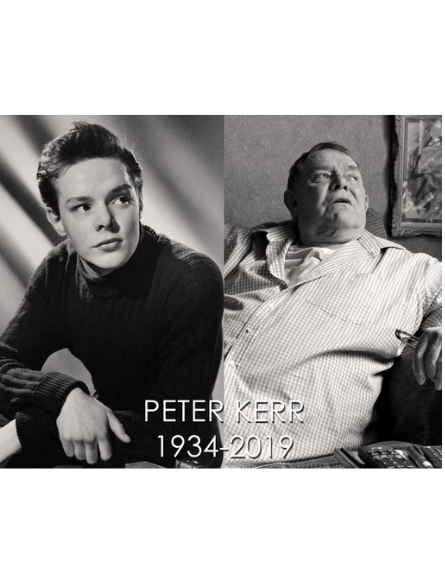 Peter’s interest in the theatre began early, his father was a theatre manager, who died in 1946 when Peter was 12.  At MHS he was involved in the Drama Club and the Junior Drama Festival in 1949.

He migrated to the U.K, performing in a number of plays, as well as TV, including the first broadcast of Robin Hood, as well as ITV Television’s Playhouse (1955), Return to the Lost Planet (1955) and News from Nowhere (1978).  Peter was Sean Connery’s flatmate for a time.  Staying in the profession, but not on the stage, he then became a highly skilled wig-maker for theatre and film, counting the likes of Elizabeth Taylor among his clients.  Peter lived with his partner, Douglas, in London for many years, until Douglas’ death in 2015.

A documentary was made about Doug and Peter’s life and old age, called How We Are Now.  Further information and photos are available on their Facebook page: