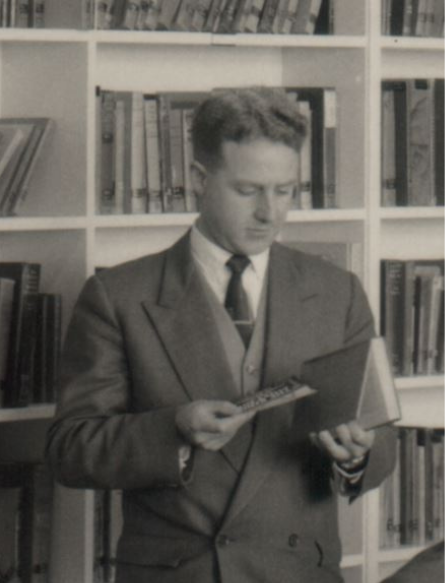 Peter was a student at Scotch College and served in the Army during WWII, as a Sergeant at Army HQ.   Melbourne High School was Peter’s first appointment when joining the Education Department.  He taught History English and Social Studies.  He was involved in Drama, adjudicating the House Play, and master in charge of the Marionette Club.  He also managed the Recreation Library (alongside Barrie Meagher).  He subsequently taught at Box Hill High School and became a Lecturer at the State College of Victoria Rusden.  He married Betty Kathleen Willimott in 1947, who died in 1969.  He married Margaret Bethune in 1969.  Peter turned 100 last year.