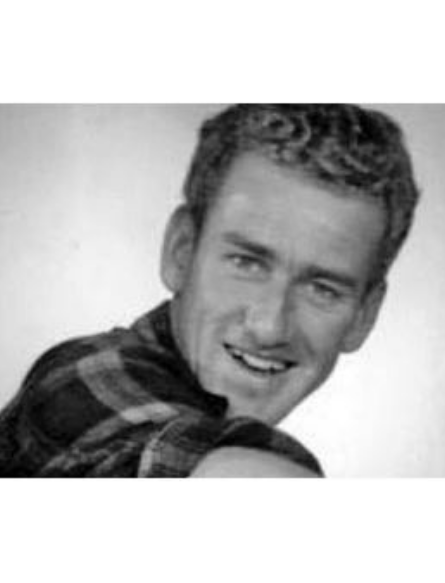 BORN FEBRUARY 18TH 1928 AT SANDRINGHAM in Melbourne Australia, he began skating at 11 at St Moritz St Kilda and won the Australian and Victorian figure skating championships in 1949. Trained by Felix Kaspar, he was the second Australian to compete for International figures titles after Patricia Molony, and became the first Australian to win a medal at the British Figure Skating Nationals, placing second at the 1949 championships at Empress Hall.

He was also the 1947 Australian Pairs Champion with S Carroll; British Championship medallist (1949, 2nd/3); the first Australian Men’s World Championship competitor (1950, 7th/9); British Professional Champion; World Professional Champion in 1953 at Blackpool, England; a national and international coach and ISU judge; and a skater in British and European ice shows for many years. Among these were three years with the Casa Carioca Ice Revue in Garmish, Germany; Babes in the Wood with Belita at London’s original Empress Hall; and ice shows at Wembley in England which included the male principal and choreographer of Dick Whittington On Ice (1968) and Robinson Crusoe on Ice.

He studied classical ballet, working as a professional dancer, and was a choreographer at the Wembley Empire Pool in London and ice shows on BBC television. He toured the theatre circuit in Australia for a considerable time, and judged the Professional World Championships for many years. In 1981, he moved to Canberra, enticed there from Melbourne’s St Moritz rink where he played ice hockey with Canberran, Len Fisher. He was head coach at the Phillip Rink for over 25 years until his retirement in 2013. He created the Christmas Ice Follies Show, directing it annually until the late-1990s, and coached Australian Internationals Stuart Beckingham, Miriam Manzano and Kacie Shelley until his retirement in 2009. The Artistic Trophy in his name was established by the ACT Ice Skating Association to advance the art of figure skating and “to celebrate the contribution Reg Park has made to ice skating, especially in the ACT”.

He was a recipient of the Australian Year of the Elderly Persons Achievement Award in 1999 and the Australian Sports Medal in 2000 for “competitive history and services to the sport in coaching”. One of 22 inaugural inductees to Ice Skating Australia’s Hall of Fame in August 2004, he was awarded life membership of the ACT skating association in 2007. In 2012, he was inducted to the ACT Sports Hall of Fame at the age of 84, noting the international renown of his skating career, his professional ice shows and his coaching achievements. His portrait was entered in the 2015 Archibald Prize by David Tilly.

Reg believed he was related to the Scottish explorer, Mungo Park. After Reg’s mother Bobbie died, [2] his nearest relative lived in Scotland, and when impending dementia cost him his driving licence, his friend Mike Johnson took him to the memorial. Reg died on September 27th 2019, and his ashes are laid with Bobbie at Norwood Park, Mitchell, in Canberra. [1]

“His expertise was well-rounded,” according to Mike. “I believe he had a BA in modern languages, and was licenced at a diplomatic level for Spanish interpretation, and at lesser levels for French and maybe other languages. He was also a competent painter of flowers, portraits and landscapes, able to exhibit and sell his pieces to more than just friends and relatives. We are taking his painting of irises to the wake”. [1]