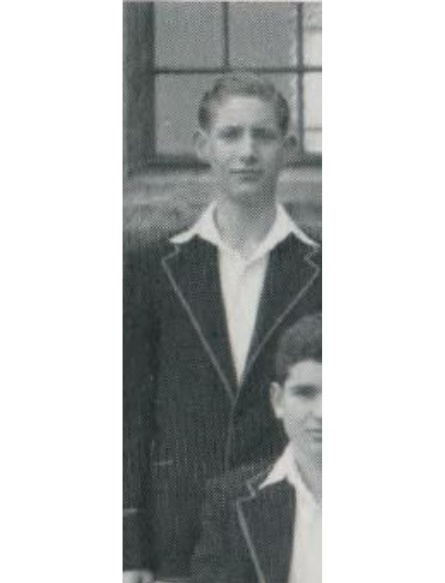 An active student in Como House from when he was in third form, playing Cricket and also the House Play when in fourth form, Dick was elected SRC Rep and Form Captain in 1956 and was a Prefect, played in the 1st XI (a very skilled fast medium bowler, also useful with the bat, where a 12 not out saved the game against Camberwell High School) and Captained the 2nd XI, which was undefeated, in 1957.  He continued his House involvement, adding Debating and Football to his repertoire.  He received Matric Honours in British & Modern History’s and Social Studies.  He joined the Education Department as a teacher on leaving MHS, before completing his Commerce Degree.  He later moved to Kingswood College in Box Hill, and wrote ‘Farmers, Ringmasters and Builders’, a history of Kingswood College.