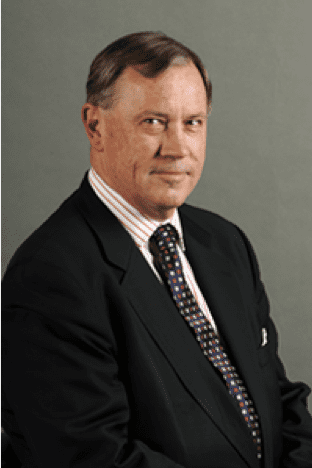 Richard Tracey has died from cancer aged 71 after short illness. He attended MHS from 1962 to 1965, being involved with Cadets from the beginning, rising to Cadet Under Officer in his final year. He was awarded the Special Cadet Speech Night Prize whilst he was in Fifth Form. He was also in the School Rifle Shooting Team for two years and the School Debating Team, as well as the 2nd XI. Academically he did very well and matriculated with honours in four subjects and won a Commonwealth Scholarship.

He went on to the University of Melbourne, at Newman College, a connection that was close for many years, where he did law and was President of the Students Club. He was then involved with the Newman Old Collegians Association, 8 years as President as well as on the council of St Mary’s College (Newman’s partner college) from 1984.

Upon graduation he was Associate to Sir Richard Eggleston for two years before returning to Melbourne University to teach. He became a barrister and was well respected and successful and became a Judge of the Federal Court of Australia in 2006 a post he held until he retired in 2018, including the high profile case involving the Health Services Union and Kathy Jackson, in which he showed much forbearance. In 1976 he joined the Army, rising to Major-General and the prestigious position of Judge Advocate General of the Australian Defence Force from 2007 to 2014.

On Australia Day 2014 he was made a Member of the Order of Australia (Military Division) for exceptional service in the field of military law, as a consultant for the Director of Army Legal Services, and as Judge Advocate General of the Australian Defence Force and has actively promoted the fairness and integrity of the system.

He was well versed in the law and was highly regarded in his profession.

Dr Matthew Collins QC head of the Victorian Bar, at Judge Tracey’s farewell from the court said this:

‘ All have come together to join in paying tribute to Your Honour’s service, to date, to the Law in Australia:

I say “to date” because Your Honour has no plans to stop any time soon—and you are, as we’ve heard, in your “retirement”, continuing as:

After his retirement he was appointed Chairman of the Royal Commission into aged care, quality and safety. The Commission was about to release its interim report when he died.