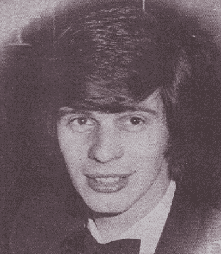 It is with much sadness that we report the passing of Robert Jenkins on October 4th.

Robert was a long-time player and committee member with our MCC Hockey Section. Robert began his junior hockey at MCC, playing in MCC’s first Junior Premiership (u/14s) in 1966. His playing career spanned 5 decades, playing over 500 Senior games and over 250 Masters games from the mid 1960s through to 2008. At right wing, Robert was a regular member of MCC’s First XI throughout the 1970s. He contributed enormously to the administration of the club, serving as Club Treasurer from 1975-1986 inclusive. He was awarded the O’Sullivan-Stevens Trophy in 1983 for outstanding service to the MCC Hockey Section.

We all at MCC Hockey extend our deepest sympathies to Robert’s wife Jill and the extended Jenkins family.