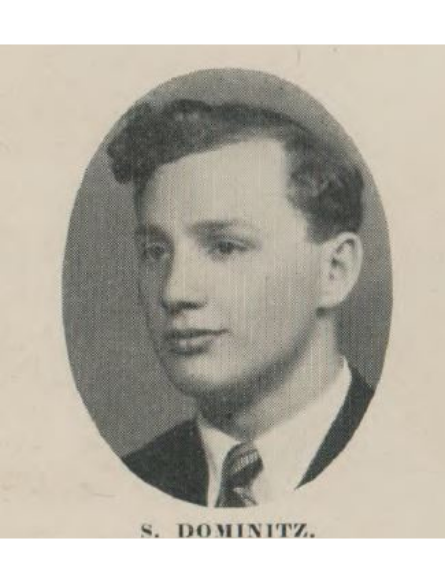 Born in Germany to Jewish Polish parents, they migrated to Australia in 1938.  After attending Elwood Central School, he quickly became heavily involved in school life, playing in the Orchestra and swimming in the Yarra and School teams.  The 100m Breast-Stroke he was particularly successful at.  He representing the school at the Combined High Swimming sports in 1944 and 1945, setting a new Open Breast-Stroke record.  In 1945 he also joined the Yarra and School Soccer teams, and added football and rowing to his house sports.  He was the school’s Swimming Champion (and Speech Night Prize) and showed his academic brilliance with Matric Honours (first class) in English Expression, Latin, Modern History and Economics (Second) in German, General Exhibition, the Special Exhibition in English Expression and a non-resident scholarship to Queen’s College.  This allowed him to study laws at the University, completing a Degree in Arts with Honours, he was also active in dramatics.  Saul then migrated to Israel in 1951 and became a farmer, of Kibbutz Beth Ha’Emek, Ma’ale Ha Galil.