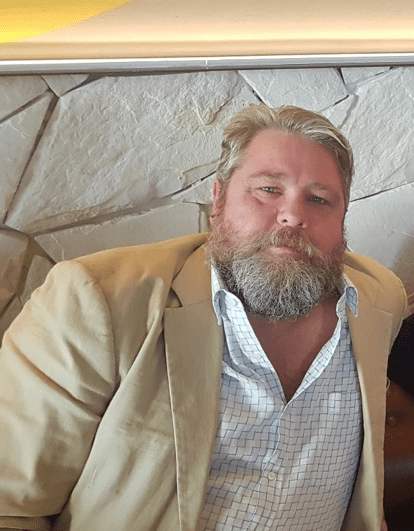 Scott Reid attended Melbourne High School from 1981-1984. He was a man who walked to a different beat and was able to live a very full life which was unfortunately cut way too short.

Scott played football for the school and the old boys. He absolutely loved the game and the Richmond Football Club. Remembered by his team mates as a protector, playing with a smile on his face.

He was an excellent student without seemingly trying that hard and went to Monash University and graduated with degrees in Economics and Law. Scott initially practiced law in Australia and then saw an opportunity to contribute on a more global scale. He moved to Samoa and later Papua New Guinea and worked as a lawyer very successfully in both countries. Scott’s legacy will be remembered in PNG and Samoa for successfully setting up AFL competitions. It was in PNG that Scott met his lovely wife Freda, and they had three beautiful children, Finley (Old Boy), Dasheille and Rueben.

Scott served as Chairman and Director of AFL PNG since its inception in 2001 and was in recent years a Commissioner of the AFL PNG Commission. PNG now has over two and a half million people who have played AFL as a result of what Scott did in running development programs across the country. He was a driving force in establishing the community clubs in PNG and that country successfully participating in international AFL tournaments in Australia.

Scott eventually returned to Australia and became a partner with Minter Ellison on the Gold Coast. He has been widely recognised for his strong mentorship of junior lawyers and will also be remembered for the positive impact he had on the Gold Coast community at large.

At his funeral service at Box Hill and later at the wake hosted by his beloved sister Kimberley, many people spoke. The overwhelming theme on that day was Scott’s love of family; his mother and father, Vivienne and Ken, sister Kimberley, Freda and the kids.

Scott was a very active Old Boy and he attended many Men For All Seasons Lunches and enjoyed catching up with his old mates and making new ones. He was a person who could always see the funny side of life and be serious when it counted. This strength made him a great man to have on your side. He was selfless with his time and loved to help others. A true friend to all who knew him and we will miss him deeply.