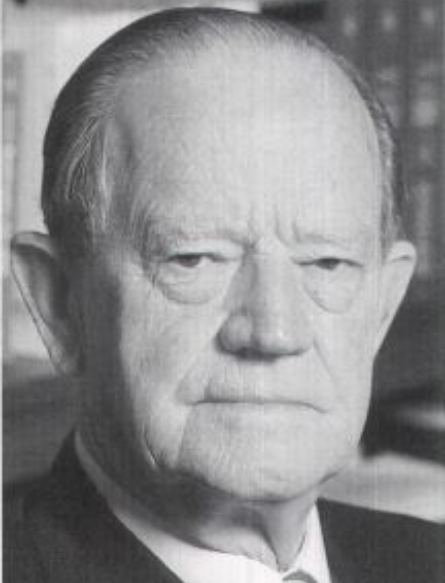 His father was Raymond Northrop, born in Portsmouth, U.K., in 1893, and was living in Sydney when he enlisted in the Great War in 1915.  He was wounded in action in France twice and sent to England for convalescence both times.   By 1923 he was in Victoria where he married Jessie Moyle, and they had four children.  The eldest, Frances Jean, was a Sister in the Anglican Church, undertaking Chaplaincy and Aboriginal Welfare work, for which she was made a Member of the Order of Australia.  The second child was Raymond Moyle who was born at Rabaul, in the Mandated Territory of New Guinea.  The third, Margaret Anne, married Russell Costello, later a teacher of politics at Carey Baptist Grammar, their children include Tim (Baptist Minister) and Peter (member of Parliament and Treasurer of Australia.  The fourth child, David William Moyle, attended MHS 1949-1951 and was a notable football player and athlete for Forrest and later a Surveyor, working on the Burrendong Dam in N.S.W.

Raymond attended Tooronga Road Central School before coming to Melbourne High School in 1940.  He wrote an article for the July 1941 Unicorn in support of the Prefect system, and the form notes in the same issue record a change in his commuting habits, missing the express train so he could meet a girl.

Raymond completed Leaving in 1941 and joined the Royal Australian Navy shortly after, on the 20 January 1943 as an Ordinary Seaman.  After training at H.M.A.S. Cerberus, he went to sea on H.M.A.S. Arunta in May 1943 for the rest of the war.  Shortly after joining Arunta, he took part in the Woodlark-Kiriwina operations in New Guinea, not far from where he was born.  This was the first of several supporting roles in landing operations (including Arawe, Hollandia, Aitape, Morotai) as the Australian and allied forces moved into Japanese occupied territory, interspersed with port visits for refuelling/refitting, escorting convoys and anti-submarine patrols.  Raymond was promoted to Able Seaman in June 1944.  The landings in the Philippines in 1945 were the last major operations for H.M.A.S. Arunta, and she was targeted by the Japanese several times, including an attempted Kamikaze attack, that missed.  A few weeks before the end of the war, a farm hand from Pomborneit East joined the ship, who would cross paths again.  With the end of the war, Raymond was discharged from H.M.A.S. Lonsdale in Melbourne on 15 March 1946.

Raymond then entered Melbourne University, where he completed his Law Degree, awarded in 1949 and his Master of Law the following year.  Fellow students that year included Sir Ninian Stephen (Supreme Court Judge and Governor-General of Australia) and Sir Edward Woodward (Federal Court Judge, Raymond’s predecessor as President of the Trade Practices Tribunal and head of A.S.I.O.)  He was then admitted to the Bar in 1950 and was made a Queen’s Counsel in 1970, subsequently specialising in Industrial law.

In 1954 he married Joan Moore Peacock.  Joan was from Tasmania, studying at M.L.C. in Launceston, winning the equivalent of an Exhibition in General Mathematics.  She completed her Bachelor of Science in 1951.  Raymond and Joan had five children, ten grand-children and 5 great-children.

Joan returned to study and completed her Diploma and Master of Education in 1977.  She died in 2008.

When he was appointed to the Industrial Court in 1976, Richard McGarvie (later a Supreme Court judge and Governor of Victoria) who represented the Attorney-General, recalled their meeting on the mess deck of the Arunta 31 years earlier.  Raymond was appointed to the new Federal Court of Australia in 1977, an appointed for life, and when he retired on 28 August 1998, he was the last of the original court appointees, the last of the life members and the longest serving judge of the Federal Court.

He was also appointed a Supreme Court Judge for the A.C.T. in 1976, was President of the Trade Practices Tribunal 1976-1977, Chairman of the Stevedoring Industrial Council 1972-1976, a member of the Defence Forces Discipline Appeal Tribunal 1990-1995.

Outside of his work in the Courts, Raymond had two other main interests.  He was elected to the Committee of Convocation of Melbourne University (successor to the Senate) 1965-1975 and was Warden 1972-1975.  He became President of the Graduates in 1975 and was on the Council of the University 1975-1993.  He was appointed Deputy Chancellor 1985 to 1993.  He was honoured with an honorary Doctor of Law in 1995.

His other main interest was the Presbyterian Church.  He was on the Council of P.L.C. 1972-1980 and was appointed Procurator in 1974 of the Church, which he relinquished upon his appointment as a judge in 1976.  This was during the time of the coming together of the Methodist, Congregation and Presbyterian Churches to form the Uniting Church of Australia.  Some Presbyterians though did not want to join the new church, resulting in a complicated process of dividing property.  The continuing Presbyterian’s laid claim to Scotch College and P.L.C., an audacious claim for a small minority to make, but one which the Property Commission agreed too.