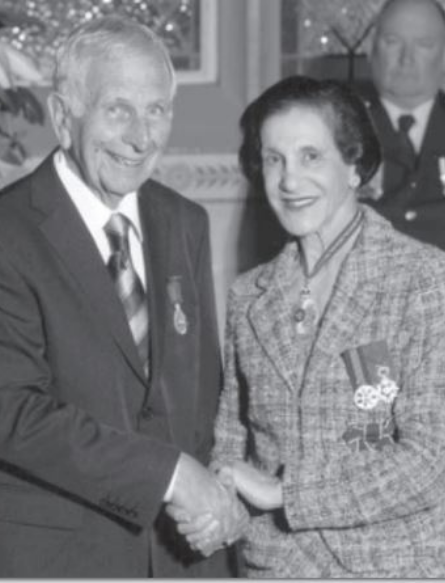 Tom was in the School Baseball Team, as well as in the House XI and the Biology Club. He transferred to Sydney Boys’ High School in 1948 for Matric.

Tom has been described by his colleagues as a quiet, committed, considered, broadly consultative, inclusive, transparent and measured person. Tom Woolard graduated from the University of Sydney in 1954 and subsequently completed three years of training at Ryde, Prince Henry, Crown St. and Children’s Hospitals as part of his plan to enter General Practice.

Tom moved from General Practice to commence work as a Public Health Physician for the NSW Health Department. This move to Newcastle was the beginning of a long association with the region which was to have a substantial impact on the development of rehabilitation medicine in the Hunter and indeed across the State. In 1966 Tom joined the Executive staff at the Royal Newcastle Hospital (RNH) as Director of Medical Services (DMS) from where his contact with skilled, innovative physicians (like Dr. Richard (Dick) Gibson) and together a passion for a fairer community, led him towards an initial interest in Rehabilitation Services.

In 1971 Tom became a Foundation Fellow of the Royal Australasian College of Medical Administrators and designed and implemented an ongoing course in Management for Heads of Departments at the RNH. In the early 1970’s, Tom was a member of the group of Newcastle doctors and other interested persons who made the (successful) presentation to the Karmel Committee for the establishment of a Medical School at the University of Newcastle. With the establishment of the Medical School Tom became the Clinical Lecturer attached to the Population Medicine Department which gave him the opportunity to introduce the concepts of Rehabilitation Medicine to the Newcastle medical students.

Tom was invited to become a Foundation Fellow of the Australian College of Rehabilitation Medicine in 1980 and was subsequently admitted as a Fellow. In 1983 he was also admitted as a Fellow of the Australasian College of Occupational Medicine and in 1993, Tom became a Fellow of the newly formed Australasian Faculty of Rehabilitation Medicine (RACP). Tom’s compassionate nature was evident in his recognition of the need to educate migrant workers regarding upper limb and low back pain and he was instrumental in developing and running a Pain-Management program in several languages for these marginalised people.