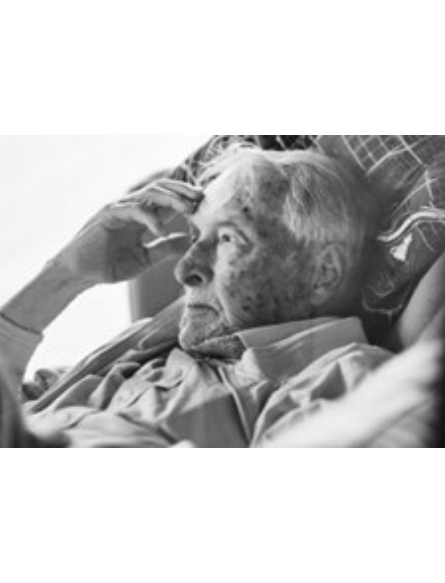 An accomplished artist, Walter had a pencil sketch published in the Unicorn, and was also known for his early business skills, raising chickens, which with the shortage of eggs during WWII, may have been quite lucrative.

In 1963 Walter Charles Gibson received a telex at his office in the Nicholas Building, Flinders Lane. To his delight, it was an invitation from China to attend a trade fair in Beijing.

After contacting Foreign Affairs, ASIO got in touch and, as Australia did not recognise China and intel was hard to come by, Walter was asked to execute a secret mission: to report on progress of a planned railway line from Hong Kong to Canton. There was no progress and no line.

Always oblivious to his striking good looks, Walter had started in business on his own in 1960 when his wife, Helen, was pregnant with their third child.

He realised he wouldn’t be able to keep a growing family on a rep’s wages for the millinery importer he had been employed with for 14 years.

His mother-in-law, an SP bookie to Victorian public servants, sold her house in Caulfield to capitalise his venture.

He enjoyed working in Flinders Lane, the heart of Melbourne’s vibrant rag trade and where his grandfather had worked as a tinsmith in prior years. But a decade later, he built his own facility closer to home in Gardenvale and, later, a larger operation in Sandringham.

Bearing a first name used in his Irish clan for at least three centuries, Walter was the only son of a boilermaker who lost his house in Oakleigh to the State Bank at the start of the Great Depression.

The family could not find work in Melbourne and so his father took a job painting the railway sidings of the Mallee.

The years in the small town of Ouyen were to define Walter’s life in many ways. He made a lifelong friend who lived on a wheat farm and spent every afternoon after school and on weekends working it with the boys of the family: trapping rabbits, baling hay, looking after the horses and playing in the dam at day’s end.

When his father put his age down to go to the European war, young Wally’s idyll in Ouyen was over but he kept a dream alive of owning his own farm one day.

Back in Melbourne he gained entry to the selective Melbourne High School – which he always described as providing him with “a terrible education” in those days.

On gaining his merit certificate, he went to Zerkos Business College where he did a typing and shorthand course. It was to be useful his whole life.

As his family grew, so did his business. Each Australian spring, he headed off for two months in search of items from France, Germany, Italy and Spain and, in Asia, to China, Japan, Thailand, Malaysia, Hong Kong, Philippines and Taiwan.

On his return, he would pack his samples in a suitcase and drive up the inland highway in a station wagon, sans air-con, to Cairns and back down the Pacific. In an effort to persuade gift shops to take orders, he would suffer rejection or orders of just one or two items for years in an exercise reminiscent of The Death of a Salesman.

Eventually, his focus and persistence would start paying off especially when chemists diversified into giftware and sunglasses.

His sunglass line, with its little-known brand name, International, was Myer’s biggest seller for years.

Eventually, wife Helen would become involved in the business, travelling on business trips, helping choose samples and taking orders at the gift fairs in Melbourne and Sydney where he could secure prime booth location.

Walter continued to attend the trade fairs in Canton (Guangzhou) and Beijing as well as the factories, teaching himself Mandarin. For years, he would see only one other European, a Dane. He became friends with Mrs David Wang, of the famous David Wang Emporium in Little Bourke Street, Melbourne, whom he would regularly see at the trade fairs.

Each time he visited China, prior to its recognition in 1972, ASIO would assign him a secret mission. On one visit, it was to obtain “something plastic” to reveal the standard of the Chinese plastics industry. He could only find a peg ­– and giggled about that for years.

In China, Walter was always assigned a translator – who doubled as a Red Guard. He became lifelong friends with his two translators, as did his family, with his eldest granddaughter’s middle name after his female translator.

In the 1980s, he sponsored his male translator to do a PhD at La Trobe University. After the Tiananmen Square incident in 1989, the Australian government granted asylum to Chinese nationals in Australia, and he sponsored the translator’s family to migrate.

The families remain close and were honoured guests at his 90th birthday last year.

In 1987, he was invited to become a founding member of the China Chamber of Commerce in Victoria started by former Melbourne lord mayor Wellington Lee.

His business, Gibson Importing Company, still bears his name and he was advising it on Chinese travel during the pandemic a few weeks before his passing.

Walter travelled to more than 40 countries and to every continent and, in his last few years, unable to travel, the nationality of his numerous carers and nurses was a keen interest. He enjoyed surprising them with his knowledge of their country, culture and, often, lingo.

A pioneer in profit-sharing, he was extraordinarily generous, providing interest-free loans to staff, many of whom were refugees, and hiring people with disability. He gave money to anyone who needed it, sending sizeable annual cheques to Father Ernie Smith’s Sacred Heart Mission, and buying land for a Cambodian village so it could grow its own food.

Walter was a keen sportsman, an A-grade squash player and attended four Olympics. He was also an avid reader of The Economist and loaned his latest copy the day before he died, demanding it be returned.

At 65 years of age, he realised his dream of owning a farm, and grew wine grapes, olives, steers, sheep, chickens and fruit on a property at Red Hill.

Walter passed peacefully at his home during the first COVID-19 lockdown, restricting farewells by family and friends. Undiagnosed of the virus, he had taken an active interest in the global pandemic having been a frequent visitor to all then-affected countries.

Sadly, one of his closest friends and colleagues died from the virus in London three weeks after his passing.